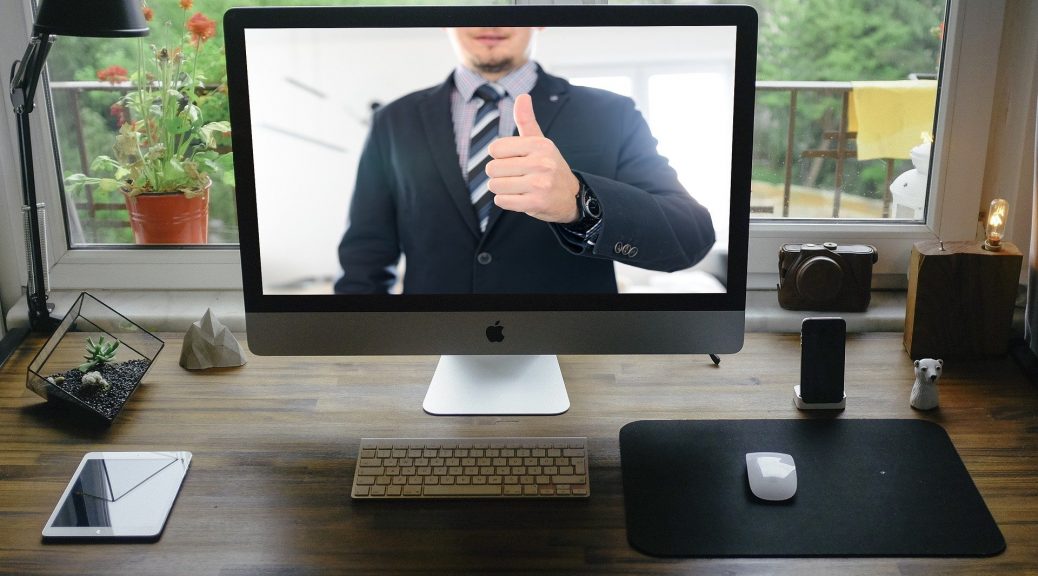 So I got asked to be interviewed. Well there is something I don’t get asked every day. Of course I said yes!
Read what he asked me in the copied interview below or click on the link to read the original.

“Be in the now; Being in the moment and thinking on the spot, really is a great way to find treasure”

…Be in the now.
Great things happen when you least expect it.
Opportunities come by.
Great people with valuable tips or fun stories.
But if you are not in the now you might miss out.
This is why, during my time at the Amsterdam Theatre Academy, I loved improv so much. Being in the moment and thinking on the spot, really is a great way to find treasure.

I had the pleasure to interview Marjolein Smit. Marjolein, also known as Mack, lives in Holland. She has graduated from the Amsterdam Theatre Academy as an actress and theatre maker. For the last six years she has been a screenwriter.

Thank you for joining us Marjolein. Can you share the most interesting story that happened to you since you started this career?

Well last year I decided to try another approach, to getting noticed, than entering contests or pitching. I decided to go look for a person online, who already had a foot between “Hollywood’s door”. Preferably a big foot attached to a nice person. Someone who I could help and thereby help myself. I found a man who was looking for a screenwriter, to turn a family story into a screenplay. This man was Arno Michaelis. An ex neo-Nazi. How’s that for an attention grabber! After twenty years of being a neo-Nazi skinhead Arno did a complete 180 and became an advocate for love, respect and unity. He is a well known public figure today, a do-gooder and a motivational speaker who travels the globe. He shared a family story online about his uncle Bob. Bob was born in the fifties and gay. This set him up for a very difficult life. A life that Arno wanted a screenwriter to turn into a screenplay. He wanted to send a message out into the world that would remind people to respect each person for who they are. Now I am a sucker for underdogs and I wanted to help Arno honor him. After some Skyping and drawing up a contract, the wheels were set in motion. The screenplay is now almost finished and we are super excited to send this baby out into the world. We are looking forward to it getting adopted by someone in Hollywood.

Can you share a story about the funniest mistake you made when you were first starting? Can you tell us what lesson you learned from that?

Well funniest? I don’t know. Silly? Yeah, I got one. When I started writing six years ago. I wrote “your” instead of “you’re”, on the Stage 32 website, in a post or a response to someone else’s post. I don’t remember exactly. What I do remember is that screenwriter, blogger and the creator of the scriptrevolution.com website, CJ.Walley came flying to my rescue with his cape waving in the wind. He, thankfully, pointed my error out to me and explained when to use your and you’re. Yeah that was a bit silly. But I learned something! Thanks CJ!

What are some of the most interesting or exciting projects you are working on now?

What I am really excited about now, next to writing the movie for Arno and doing this interview with you! Hello! Is that I have just send my first blog over to Stage 32! That is totally awesome to me. I have learned so much through their platform and look up their bloggers big time. Just the thought of having a post of mine, up there, amongst blogging heavy hitters like RB Botto (the creator of Stage 32), Joleene Moody and CJ Walley is really something special to me.

Who are some of the most interesting people you have interacted with? What was that like? Do you have any stories?

Well you have already heard about Arno but there was another interesting interaction. During every movie I write, I do a lot of research. I want to get things right. It wasn’t any different when I wrote the screenplay ”Headbanger”, last year. In this movie we follow a leading lady, a psychic Roma troubleshooter, who is after a Nazi in hiding. I had done more research on this then any movie before. I even visited Auschwitz. In my movie I wanted Simon, a Jewish man who had been in Auschwitz and lost his family there, to help my leading lady find the Nazi. So I wrote that they took some old files up to his apartment, to go through. It was dinnertime and Simon’s wife sets an extra plate for the leading lady at the table. The next thing I wanted to write was that the Jewish man would start to say a prayer. Now I had learned online that the prayers can differ, depending on the food. So which prayer (or blessing) should Simon say? While I was trying to figure this out online, without success, my mind threw me a few curveballs. Some huge questions, for the leading lady, to ask Simon. The problem was, I did not know what Simon should answer. The questions were : “Why was he still praying after all he had been through?”, “ How could he still believe in God?” and “Where was God during the Holocaust?”. After all the horrible things I had seen online and in the Auschwitz museum, I could not come up with the answer. I reached out for help on the Chabad. org website. Rabbi Eliezer Zalmanov was kind enough to reply. First of all I learned that the name God would never be spoken or written (completely) by Simon because of the third commandment, “You shall not take His name in vain”. He also gave me the right prayer for the meal I wanted them to eat. Then he floored me. He gave me the answer to the very difficult question. The answer Simon would give my leading lady. He pointed out a text on chabad.org:

This Rabbi taking the time to answer my questions was very special to me. His answers very meaningful.

Which tips would you recommend to your colleagues in your industry to help them to thrive and not “burn out”?

When I got stuck at one point. I realized I was stifled by following all the rules. Constructing the spine of a story was starting to outweigh the fun of just writing, letting things flow and take you somewhere unexpected. So I would advice others to let go of the rains as soon as you feel like you’re getting stuck. Just write freely without thinking of anything but the story. It will get you all excited again. It is a great cure for writer’s block too!

I would also suggest to be in the now. Great things happen when you least expect it. Opportunities come by. Great people with valuable tips or fun stories. But if you are not in the now you might miss out. This is why, during my time at the Amsterdam Theatre Academy, I loved improv so much. Being in the moment and thinking on the spot, really is a great way to find treasure.

Lastly I would like to remind people to take time off. Go on a holiday. Meet up with friends. Do something fun and completely forget about writing while your doing it. We think up whole worlds, its inhabitants and what they say. We could probably tell you our characters underwear preference for peat sake. Give your brain a break. Take time to replenish. You’ll come back to your work invigorated.

I was born in the “hippie” of all countries, Holland. I am very proud of my country and what it stands for. We were the first to give the gay community the right to marry. We have coffee shops where you can smoke a joint if you want. More importantly is the fact that this soft drug gets to play a role in aiding people with certain health problems. They benefit from marijuana and have access to a relief this way. Another amazing thing is that people in Holland have voluntary euthanasia for the terminally-ill. Now to get back to your question. This “hippie” citizen has seen online that the Woodstock festival is having problems finding a location. Residents and shops in the surrounding areas are afraid that their properties might get damaged because of the expected 65,000 visitors. If I had influence I would rally to acquire funds. Funds to manifest “Woodstock like” festivals all around the globe. So there would be permanent places for these festivals to be held. The money would go to buying land, a stage, equipment, toilets. Everything needed to house up to half a million people per festival. The artists would have to play there for free. Just for the pure joy of playing for a great crowd. It would be run by volunteers. Why this? Because the seventies and Woodstock were a time of change. A time of love, peace and harmony. And as a Dutchie I think, in this time and age, we need to reconnect with the hippie side of us and get back to peace, love and harmony. Great music connects people. Have you ever been to a concert? Just saying. Crowdfunding anyone?

What are your “5 things I wish someone told me when I first started” and why. Please share a story or example for each.

Can you please give us your favorite “Life Lesson Quote”? Can you share how that was relevant to you in your life?

I will share an old Dutch proverb with you, that my father was known for saying. My father Jan was a funny, positive and down to earth guy who always said weird things that rang true. This proverb could have been made up by him. He certainly lived his live like the proverb says, ‘Keep your head cool and your feet warm’. Nothing could rattle this man’s cage. I like this proverb a lot because it mixes the Dutch, down to earth, attitude with our dry sense of humor. Whenever I have to do something new, that might scare me a bit, it pops into my mind. Usually I can see my dad saying it. You see, three days before my twenty first birthday, my dad died at the age of fifty. His short time on earth is one of the reasons I push harder to go for what I want. These words, that to me feel like his words, keep him near and my feet on the ground. I also like saying this proverb to people when I notice they are a bit out of sorts. Because most of the time it makes them smile. Especially foreigners.

None of us are able to achieve success without some help along the way. Is there a particular person who you are grateful towards who helped get you to where you are? Can you share a story about that?

I have to thank CJ. Walley. He has helped me a bunch of times. After “flying in” the first time to save me from my silly spelling mistake. We connected on Facebook and Instagram. I have asked him for advice a few times over the years. About constructing contracts or how much an option to a screenplay should cost. He has always courteously responded to my calls in need. He helped me along in my screenwriting quest by flying out in front of me and pointing out the way, so to speak. Thank you CJ!You the man!